By 2018, India will have at least five IoT startups with a billion-dollar valuation, says Gartner 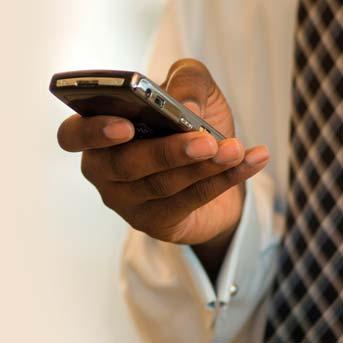 By 2017, twenty per cent of the white-collar workforce in India will access enterprise data (beyond email and calendar) on personal devices, according to Gartner. By 2020, at least two-thirds of large Indian enterprises will have established an Internet of Things (IoT) center of excellence to drive adoption of efficiency-centric technologies and applications.

By 2018, India will have at least five IoT startups with a billion-dollar valuation. By year-end 2017, almost 7 percent of Indian organizations will have adopted public cloud services for mission/ business-critical workloads, up from under 2 percent in 2014.

India is experiencing increased activity surrounding the digitalization of businesses at home and across markets worldwide, resulting in the spawning of startup firms focusing on digital business and the IoT.

“With the continued affordability of smartphones and growing acceptance of BYOD, more and more people are accessing corporate data through mobile devices, said Anshul Gupta, principal research analyst at Gartner. “Indian enterprises are at an early stage of understanding the impact of Internet of Things (IoT) technologies on their core business.”

Increased domestic demand, availability of highly skilled human capital and favorable government policies are spurring growth of startups in India. The successful startups will find themselves on a growth trajectory to achieve a billion-dollar valuation within the next five years. IT leaders in India planning a move to the cloud are concerned with security, data privacy, latency, connectivity and bandwidth costs

India is riding the wave of digitalization on two fronts.

2. As a delivery hub, with technology providers leveraging the low-cost yet deep and broad technical talent to incubate and develop offerings for their worldwide customers.

“There are challenges and lessons to be learned on both those fronts. Buyers who are experimenting with digitalization must focus on what they intend to do — the concept — rather than getting carried away with the digitalization wave without having a clear end goal in mind,” Mr. Gupta said. “Technology providers must realize that the skills required in digital business are rather different and not necessarily as ‘low cost’ as they may seem. Providers must establish a long-term plan and strategy to bridge the gap in requisite skills and so combat a potential crisis.”